Azure DevOps extensions can be build and deployed by using Azure Pipelines. In the Azure DevOps marketplace there is a extension available that will help us to get everything up and running. In this blog post we will use the following extensions from the Marketplace:

In the screen that follows choose GitHub as we will use GitHub as the source location. If you want to use Azure Repos that isn’t a problem. Authorize the connection and make sure you select the correct project and branch.

The build pipeline will open up. The first thing we will configure is the trigger of the build. Because I save multiple extensions within the same repository I have enabled the “Continuous Integration” option and also apply a branch filter and a path filter. The path filter is used to make sure the build is only started when something has changed within the specified path.

Next up are the “Variables”. We add a variable called “buildversion” that the “Version number counter” extension will use to increment the version number.  Besides that the variable will be used as the build number format (under the options tab).

With all these configuration setup we can start adding tasks. For this build pipeline we will use three tasks.

This extension will be used to increment the version number of the extension. The option “Automatically update minor number” is disabled because I want to update this number manually. 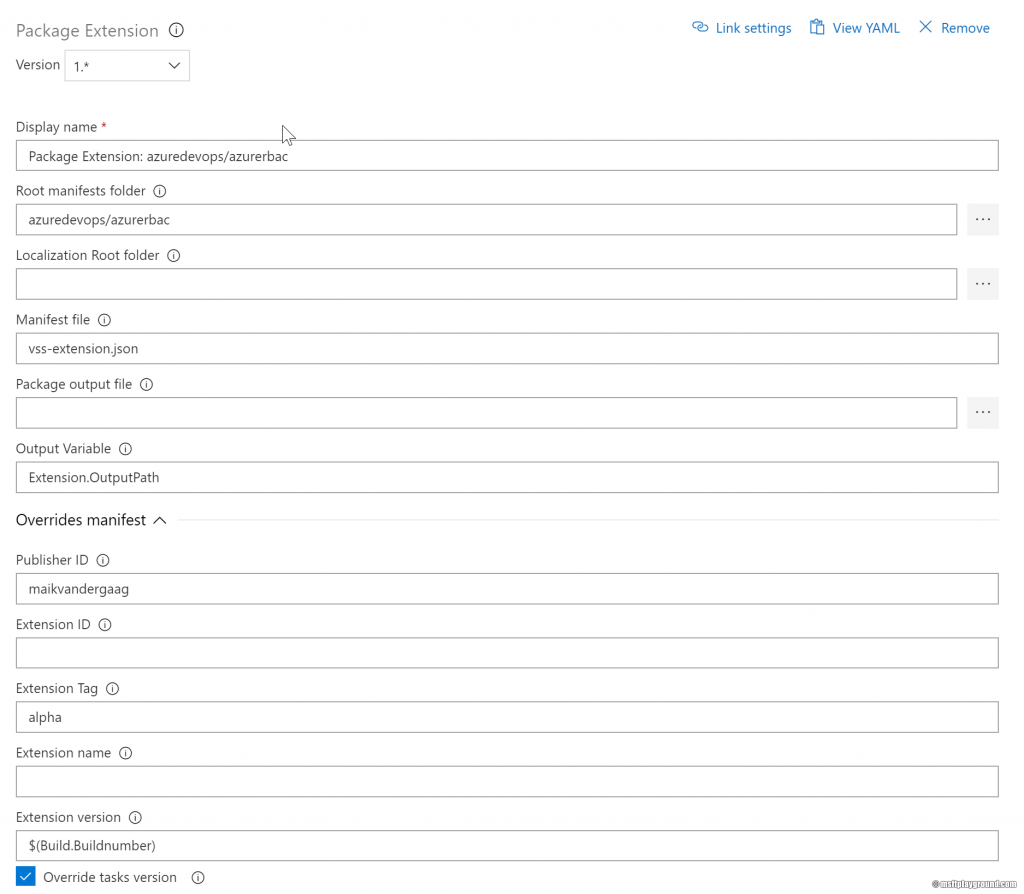 The last task will be used to save the package to the artifact location called “azurerbac”. The path that will be published is a variable called: “$(Extension.OutputPath)”. This variable is a output variable from the “Package Extension” tasks  and represents the location of the vsix file.

This completes the Azure build pipeline. You can test your pipeline by queuing the build.

With the build complete we will create a release pipeline that adds the packaged extension to the marketplace. Setting up the pipeline is done in two easy steps:

In a new release pipeline add a artifact. For simplicity set the “Default version” to “Latest version” and add a short alias name. Make sure the artifact will trigger the deployment of the stage that will be added during the next step. 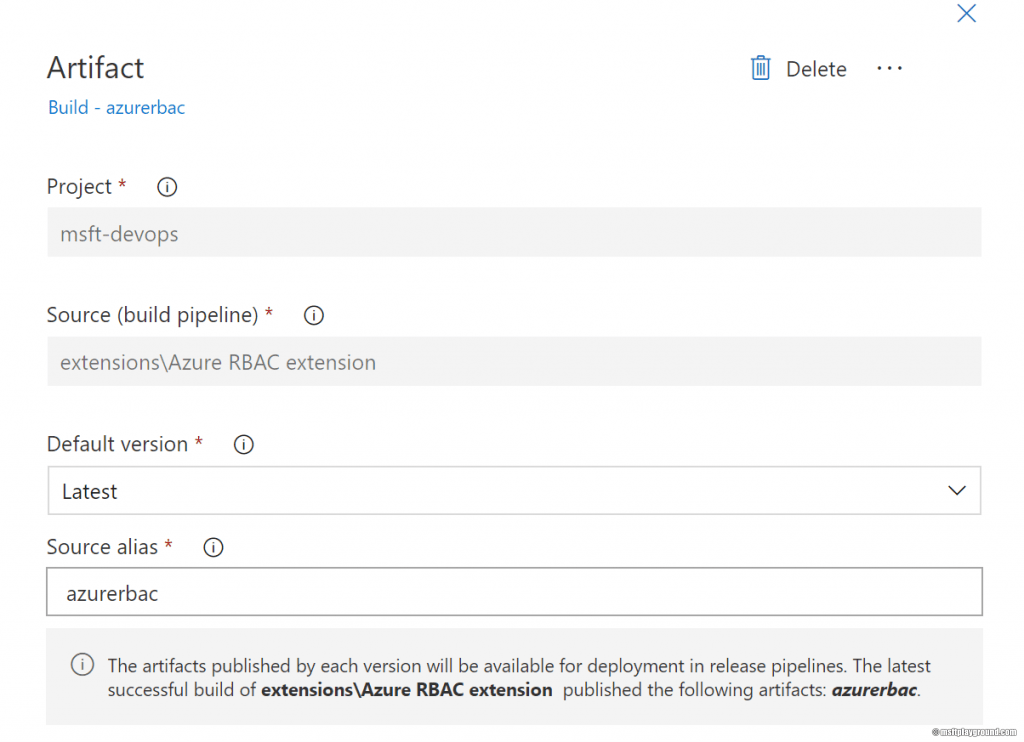 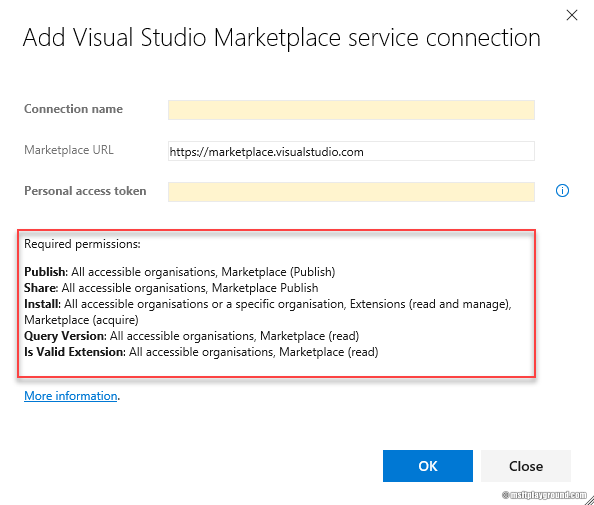 To use this connection type you will need to generate a Personal Access Token for a user that has access to your Marketplace. The specific PAT requirements are shown at the bottom of the image. With this configured you can setup the task completely. Pay good attention to the visibility and pricing parameters of the task.

Save the release pipeline and run the complete process when complete you will notice that your extension has been added to the Visual Studio Marketplace.

When this is up and running you can easily extend the pipeline to also deploy a private version of your extension the complete pipeline could look like the image below.