When working on and maintaining Logic Apps, you want to be notified if a certain action or complete Logic App (workflows) fails. Setting this up can be done by using Azure Monitoring.

By following the below steps you will create an Alert on your Logic App and specify when this alert will be triggered.

Now that the rule is saved the list of alerts will be shown. From this list you can monitor the alerts and check the status as shown in the image below.

As a result of configuring the rule the filled in users and the owners will receive a alert when it is triggered. The alert it self will look similar to the below e-mail. 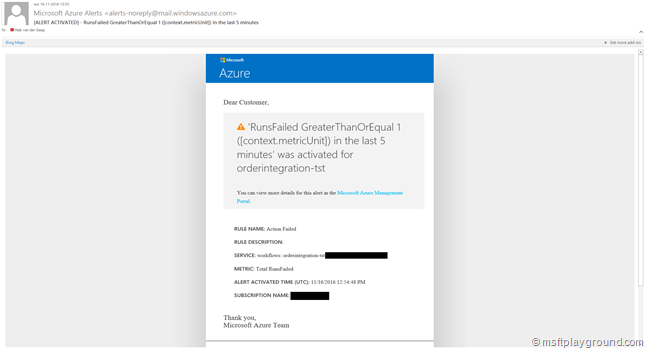